Can we guess the favoutite Soup of the creator of these challenge? Let’s discover it!

What we’re provided with is an ELF 64-bit file which once executed, without arguments will tell us which is the correct usage:

but nothing is told about what these two arguments realli are: let’s analyze them with IDA then! Skipping the boring things (checks on the number of arguments for example), we can focus on this function: 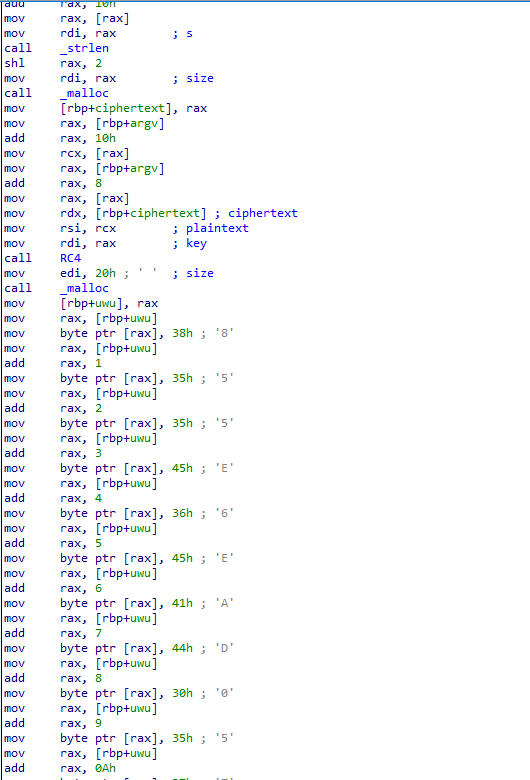 And see what do we have here: we have a function I haven’t seen until now: RC4. It takes 3 arguments: ciphertext, plaintext and key (could they be the arguments we’ve to insert while executing this program?). And right after it, I can see it is gradually forming a string. What is it useful for? Let’s generate the pseudocode to have it clearer: 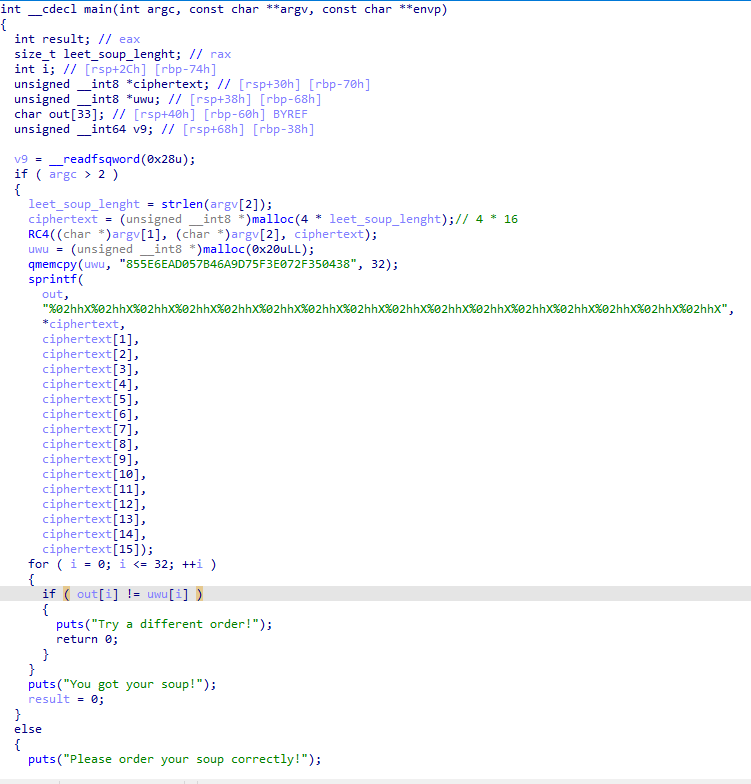 Now that that’s clearer let’s make a picture of its functionalities:

So we’ve understood that we have to insert the right key and the input that generate the supposed output. Let’s reverse the function that does that: RC4.

RC4 is the Rivest Cipher 4 and it is composed by two phases:

Well now: we don’t even need to reverse it, since it is a XOR we know that given C as ciphertext, K as key and P as plaintext:

Surely not the most elegant script but it does what it is supposed to do. It generates the needed input to obtain the scripted output, given a KEY: that’s the last part given.

It is a guessy part of the challenge, or at least I haven’t found anything that could help me to get the right key or at least its lenght into the disassembled code, so after trying a random key like “supersecurekey”, I’ve decided to try the most trivial one I could that had a relation with the challenge: soup.

In the end it was the output of my script:

Well, here we are. At this point we only had to put the flag in its correct format and submit it: